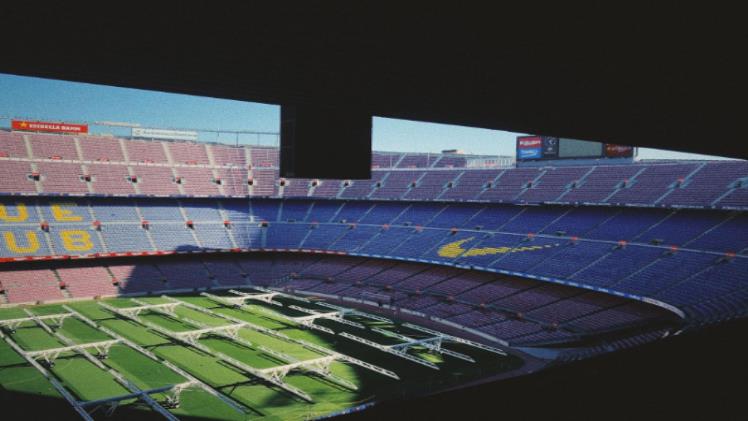 The rivalry between two giant Spanish football teams, Barcelona and Real Madrid, is arguably the biggest club football game in the world.

Although the term El Clasico was used to refer to games played in the Spanish league, it now refers to every match between the two sides in whatever competition they participate in. While the encounter between these two has produced incredible memories for the players and fans, bettors also get involved by placing a bet on the games.

In an interview with InterPress Service, Tim Harrison, a betting specialist with BetZillion, discussed the most notable Barcelona victories in El Clasico history. He also revealed the ecoPayz bookmakers that bettors may place wagers with when it comes to this rivalry.

Most Notable Barcelona Wins in the El Clasico Ranked

Barcelona’s first meeting with Real Madrid came in May 1902, and since then, the Catalans have produced countless memorable performances. The Blaugrana have recorded 97 wins in competitive games against Los Blancos.

This encounter sealed Romario’s status as one of the greats in Barcelona’s footballing history, producing a memorable performance for the team and fans.

Romario was on the scoresheet, scoring a hattrick, alongside Ronald Koeman and Ivan Iglesias, scoring one apiece to destroy Real Madrid.

The Brazilian scored a brilliant one in the 24th minute of the game before Ronald Koeman added the second in the 47th minute with a delightful free kick. Hero of the day, Romario scored his second of the night and third for the team in the 56 minutes combining well with Miguel Angel Nadal to beat the goalkeeper.

In the 81st minute, the scoreline became 4-0, with Romario scoring his third from a Micheal Laudrup assist. As if that wasn’t enough, Ivan Iglesias made it five to compound Real Madrid’s misery for the night in the 86th minute.

It was an encounter that remains special to the team, especially Romario, who won the Pichichi trophy with 30 goals, and La Liga with the team that same year.

You can check the highlight of the game here:

This match decided who would be crowned the Copa del Rey champions between the two biggest teams in Spanish football. It ended in favor of Barcelona, who won 2-1 to lift the trophy in an intense game.

The legend and one of the finest footballers in the game’s history, Diego Maradona, was a part of this squad. Victor Munoz opened the scoring for Barcelona through a Diego Maradona brilliant assist in the 32nd minute, and it finished this way in the first half.

However, Real Madrid equalized five minutes into the second half through Santillani to put the game at 1-1. Both teams created scoring chances until the end of the game before the Catalans found a last-minute winner through Marcos Alonso to seal Barcelona’s 20th Copa del Rey title.

The game went this way:

The match saw tears and blood as Lionel Messi ran the show at the Santiago Bernabeau. Barcelona was eyeing the Laliga title and needed the win against their rivals to put them closer. Although they did win in a thrilling encounter, Real Madrid won the La Liga title this season.

But what struck the most was Lionel Messi’s brilliance in the game despite a bloody lip and a goal celebration that got the internet talking.

Real Madrid took the lead in the 28th minute before Messi responded with a fine strike five minutes later. Both teams went into the locker room playing a 1-1 draw after the first 45 minutes.

Barcelona was on top via an Ivan Rakitic shot in the 73rd minute, but Los Blancos wouldn’t let this slide as they equalized late in the 85th minute through James Rodriguez with the intent of leaving this game with a point at least.

Lionel Messi and his teammates had other plans as they got the maximum point in additional time with a well-worked goal that saw an iconic celebration from the Barcelona Maestro.

You can check how the game went here:

There’s a name on everyone’s lip, both the home and away supporters, after a never seen performance at the Bernabeau. Ronaldinho is that name. The Brazilian lit up the atmosphere with an electrifying and energetic performance that got the home crowd applauding.

Samuel Eto’o scored in the 14 minutes of a thrilling 45 minutes of football with many quality footballers on the field. After that, Ronaldinho scored twice in the second half, in the 59th and 77th minute, showcasing his magic foot while getting applause from Madridistas.

The Guardiola-Mourinho era can be regarded as the craziest in the history of El Clasico as it gave us drama, fights, entertainment, hate, and everything else expected of an ‘enemy’ in the game of football.

Most fans would have expected a tough contest as both sides put up their best starting lineup in one of the season’s most anticipated games.

A David Villa brace and goals from Xavi, Pedro, and Jeffren were all the Catalans needed to win. It was a humiliating night for Madrid, a performance that will linger in the memory of Barcelona and the fans that saw this game.

How to Bet on El Clasico Games

The El Clasico garners billions of viewers globally, and bettors are not exempted as they place bets on the fixture using ecoPayz. Bookmakers use a global payment platform to enable bettors to fund their betting accounts.

To place bets using ecoPayz as a payment method, bettors must lookout for reputable bookmakers that offer this deposit option. The payment method is a safe and reliable deposit method that allows easy funding of your betting account.

After finding one, you can create an account on this site, deposit your funds, select the Barcelona and Real Madrid games and submit your bet slip.

While there are several memorable Barcelona wins in the El Clasico that we couldn’t exhaust, we’ve been able to highlight our top five picks worthy of mention. Bettors can also get involved in the El Clasico fixtures by choosing from bookmakers’ various betting markets.